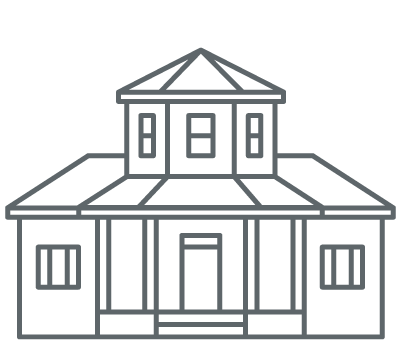 These are also homes influenced by architecture outside of the United States, but are found less frequently, and are extremely rare in Omaha. During this period, some homes were built with Egyptian and Asian influences. Some homes were also patterned after Swiss Chalets.

Octagon houses are two-story homes with eight exterior walls. The closest example in Omaha is the Satellite Motel on 60th & L Streets, which is more of a mid-century example.