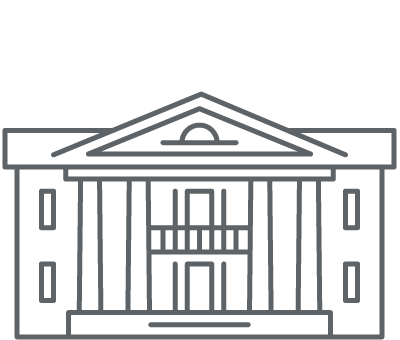 In the early to middle 1800s Americans were Greek geeks. Naturally, they patterned their public structures and houses after Greek architecture. Any history primer will tell you this was because our young democracy was taking ideas from Greek culture, and that carried over into architectural trends.

Greek Revival styles are fairly easy to identify, because they look like the Parthenon. Specifically the horizontal lines (main roofs and porch roofs) are spotlighted with a wide band of trim. Most Greek Revival homes have porches, and often the porch is full-height, spanning the whole height of the home. Porches are supported by (usually) Doric columns. Here in Omaha, you’re most likely to encounter a Greek Revival with a front-gabled roof, giving that distinctive triangle shape across the front of the house, though sometimes you’ll see that design in the form of a peaked porch roof instead. The Burlington Station at 925 S 10th Street (now home to KETV Channel 7 after extensive restoration) is an example of Greek Revival style.