When I first started my adventure as a Realtor®, I had an interesting initiation into the business in the form of mansion turned fraternity house. Tim listed 3100 Chicago, also known as the Garneau-Kilpatrick House or the Thomas Kilpatrick House, in 2015. This home is listed on the National Register of Historic Places and is also designated as an Omaha Landmark. I won’t bog you down with real estate details, but I had a role in attempting to get the house sold that was a difficult road, and I felt like I may have identified with some of the fraternity pledges who had graced the halls. Nevertheless, in the course of this interesting sale, I had the opportunity to review the home’s original abstract (chain of title documents), which sent me down the best kind of rabbit hole: one that involves a home whose walls probably have a dissertation waiting if only you could translate from lath and plaster. This is that story.

In 1889 the land on which 3100 Chicago is built was sold to Henry Yates, who built his own house in the area at 3100 Davenport. In 1890, the plot was sold to Joseph Garneau, Jr., who built the home. The style is Richardsonian Romanesque, which is characterized by masonry and curved arches with towers. At some point, the home’s exterior was plastered with stucco or concrete. Unfortunately, I was never able to find a picture prior to this change.

Garneau, Jr., founded the Garneau Cracker Company. He was also the Commissioner General of the Nebraska Exhibit of the Columbian Exposition in Chicago (also known as the Chicago World’s Fair, or the White City). According to the Nebraska State Historical Society the building was not well received. You have to love an era where the building was insulted by being called a cracker box. Garneau, Jr. did prepare a paper touting the wonders of Nebraska that is worth a read. Despite his kind words about this great state, there was some controversy that Garneau, Jr., was engaging in scurrilous cronyism, according to “History of the City of Omaha” by James Woodruff Savage and John Thomas Bell.

This is a page from the January 20, 1916, Omaha Bee with an article about the Kilpatrick’s deaths.

Thomas Kilpatrick and Wife Both Have Left Large Estates

Estates of the late Mr. and Mrs. Thomas Kilpatrick will exceed $600,000, according to unofficial Information received in probate court. Of the total the greater amount belonged to the estate of Mrs. Kilpatrick, who was one of Omaha’s most wealthy women.

Both Mr. and Mrs. Kilpatrick died without making wills and transfers of their holdings had been effected prior to their deaths, presumably to their daughter, Mrs. Florence Mixter of Moline, III. Inventories of the estates, however, will be filed in probate court and the amount of inheritance will be agreed upon according to the same plan which has been used in the cases of several other large estates of Omahans.

No statement regarding the estates could be secured from Attorneys Morsman and Maxwell, Omaha representatives, but it was said full details will be made public by the filing of inventories within a short time.

Thus, the home passed to the Kilpatrick’s daughter, Florence Mixter, and she conveyed it to Lida Richardson around 1920. The home was owned by a trust and also by a bank for awhile in the 1920s.

In 1930 the land was bought by Pearl McCarville, who appears to have owned the property until 1989. She was in real estate. You can read more about Pearl here and it is possible that the picture in the link, if you follow it, might very well be good ol’ 311 Chicago before the exterior was altered, but this is pure speculation on my part. Here are a few pictures from, perhaps, the 1960s of the house, with Ms. McCarville in front. Her relative graciously gave us these photos. 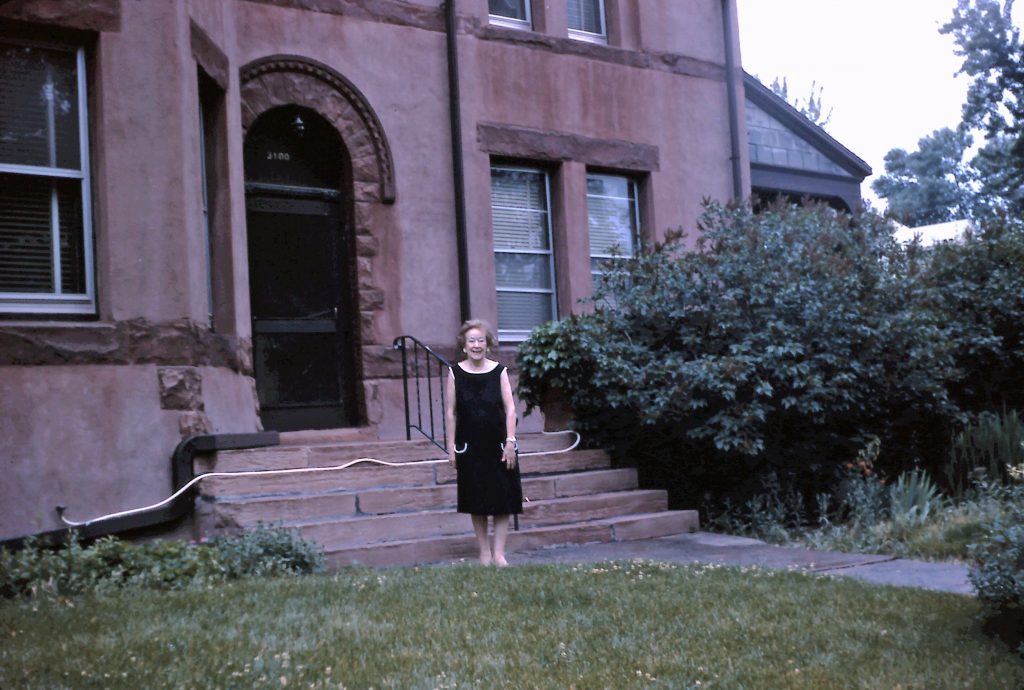 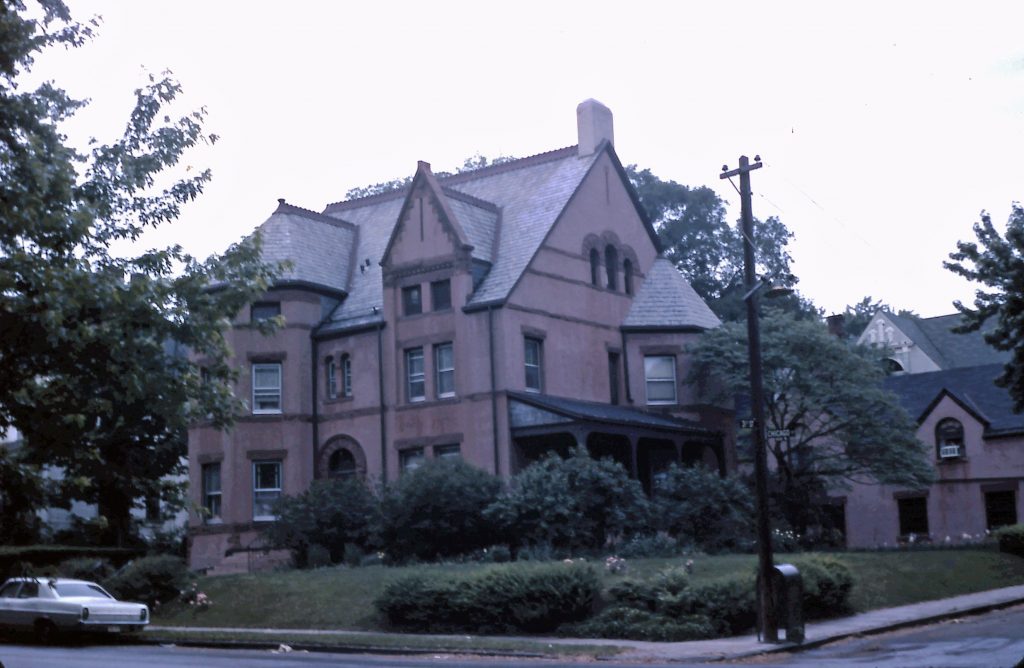 In 1977 the land was conveyed to Richard Kettles, but it was almost immediately conveyed to Mr. and Mrs. Jorez and Elinore Martin, and the Jorezes initiated the National Historic Register Application.

In the 1990s, the home underwent an extensive renovation, though many of the original details were retained. After the renovation, the home was used as a Pike fraternity house through 2015. That’s when Tim listed it. Here are some photos of when it was listed: 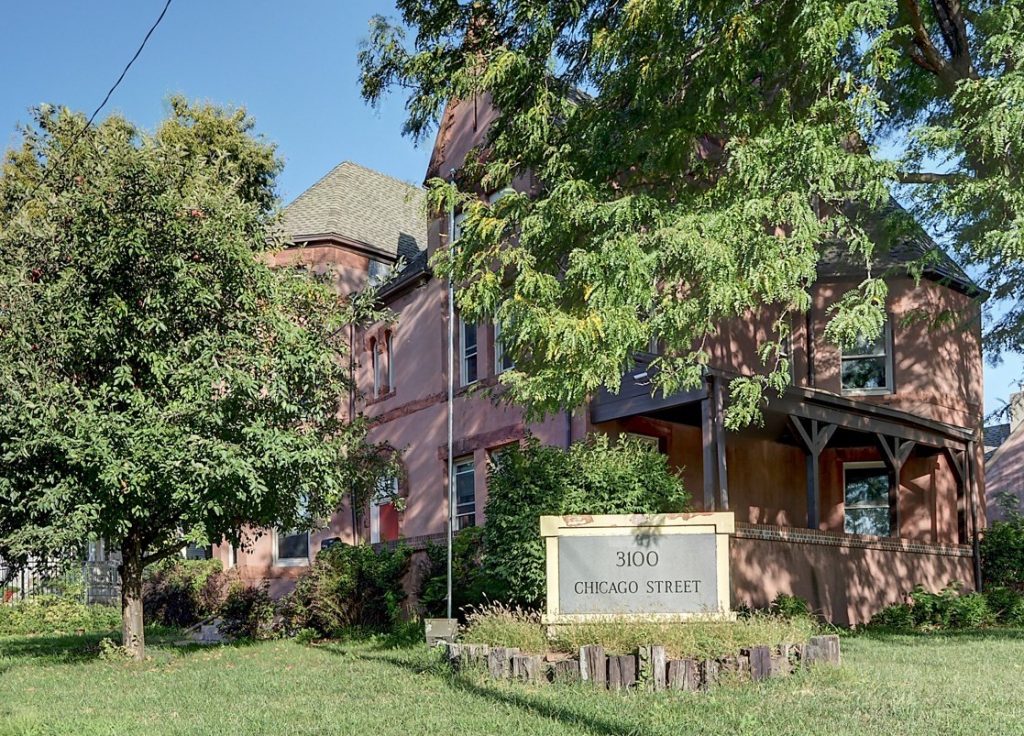 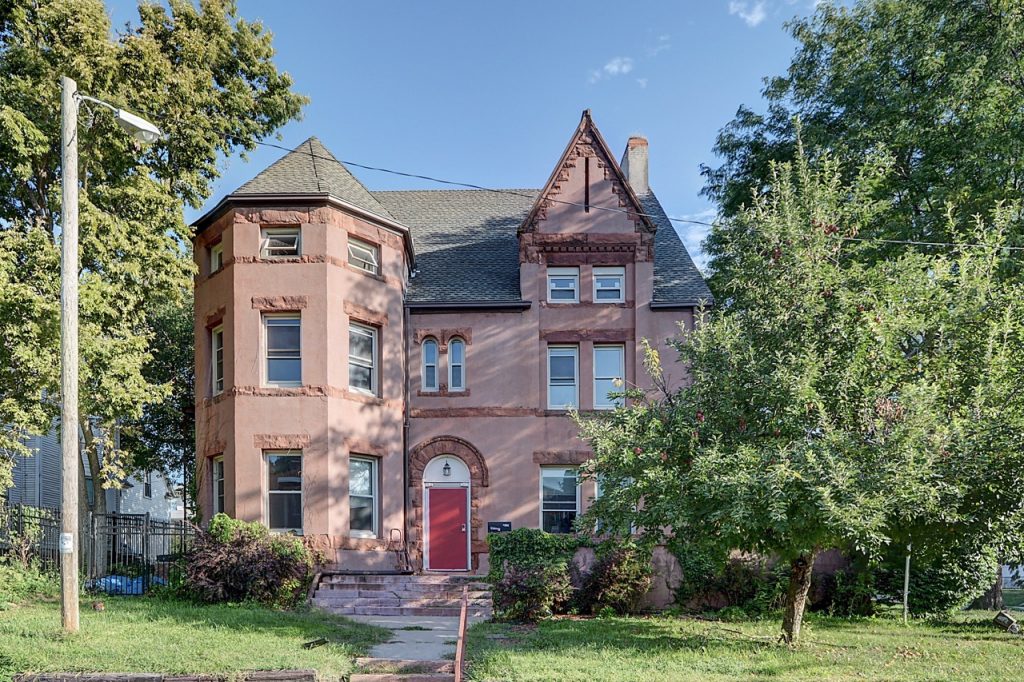 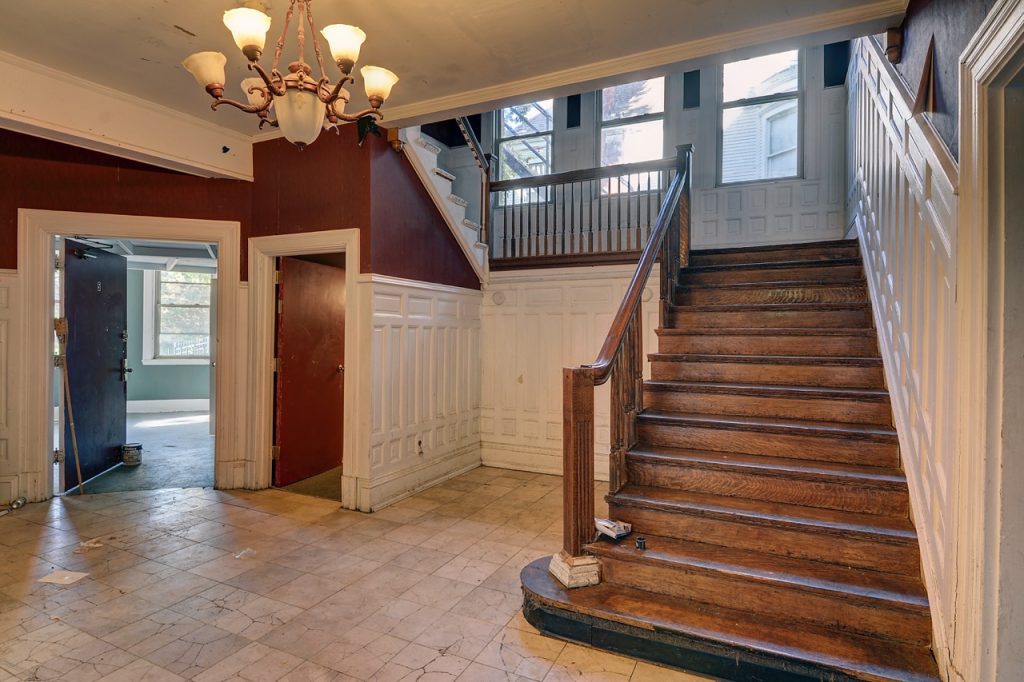 It was purchased by an investor who leases the space to a nonprofit organization called Year of the Startup. This organization fosters entrepreneurship by allowing folks with an idea for a startup an opportunity to live at low cost with other entrepreneurs to reduce overhead and increase idea capital by brainstorming together. Here is what it looks like now: 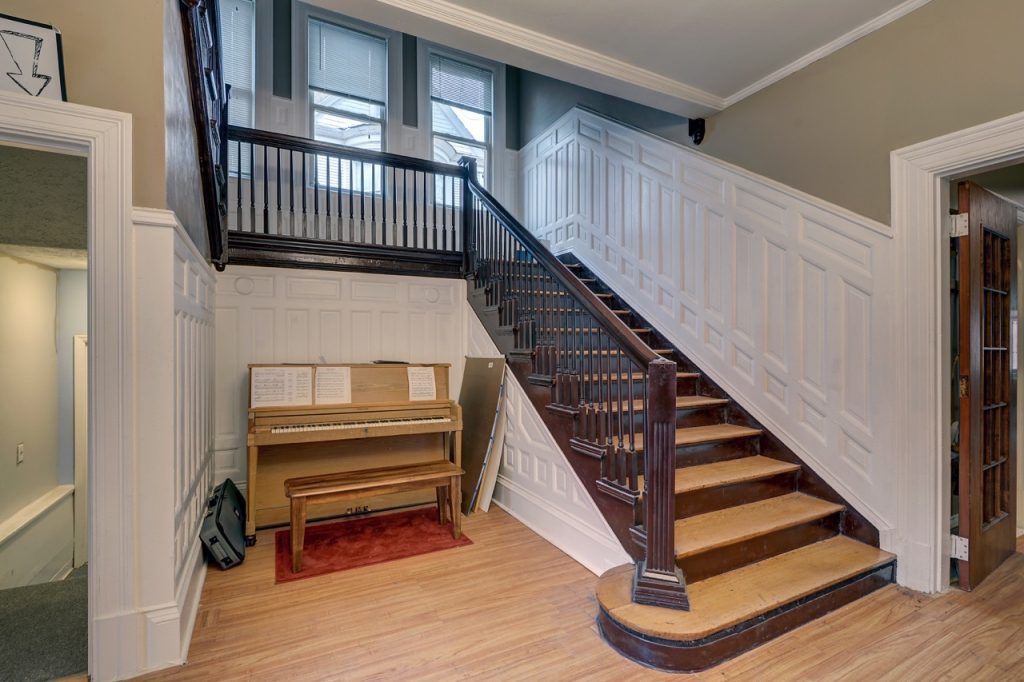 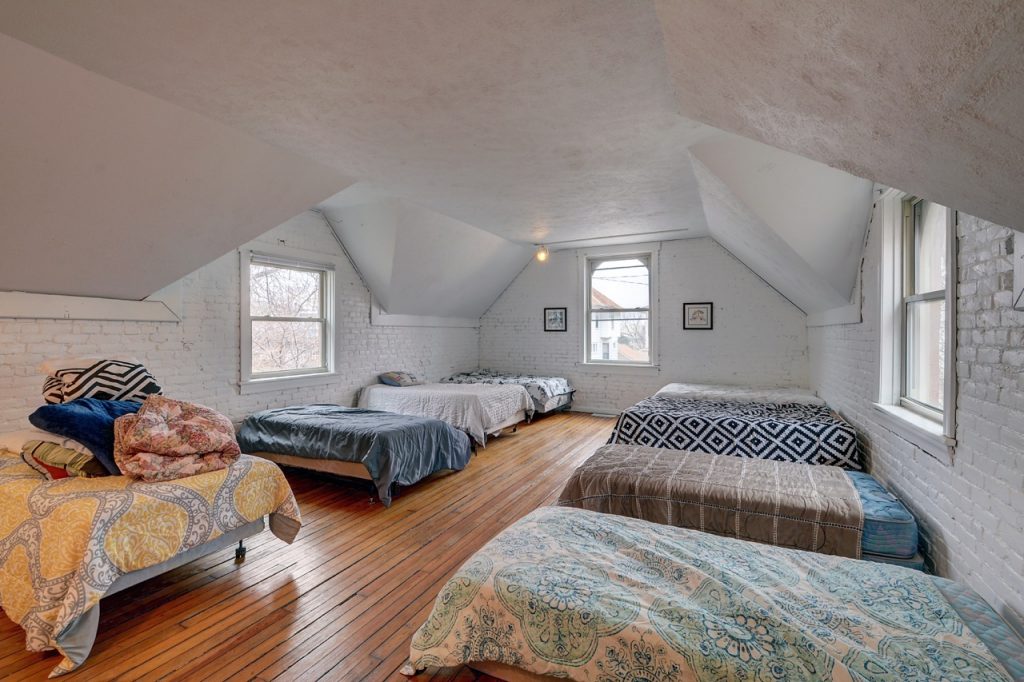 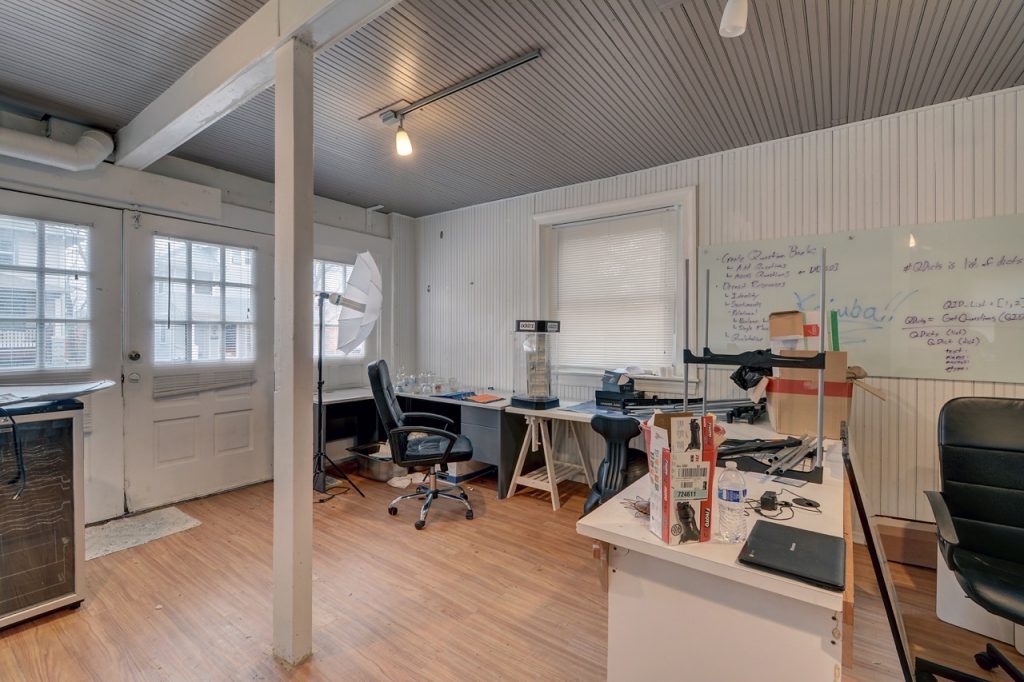 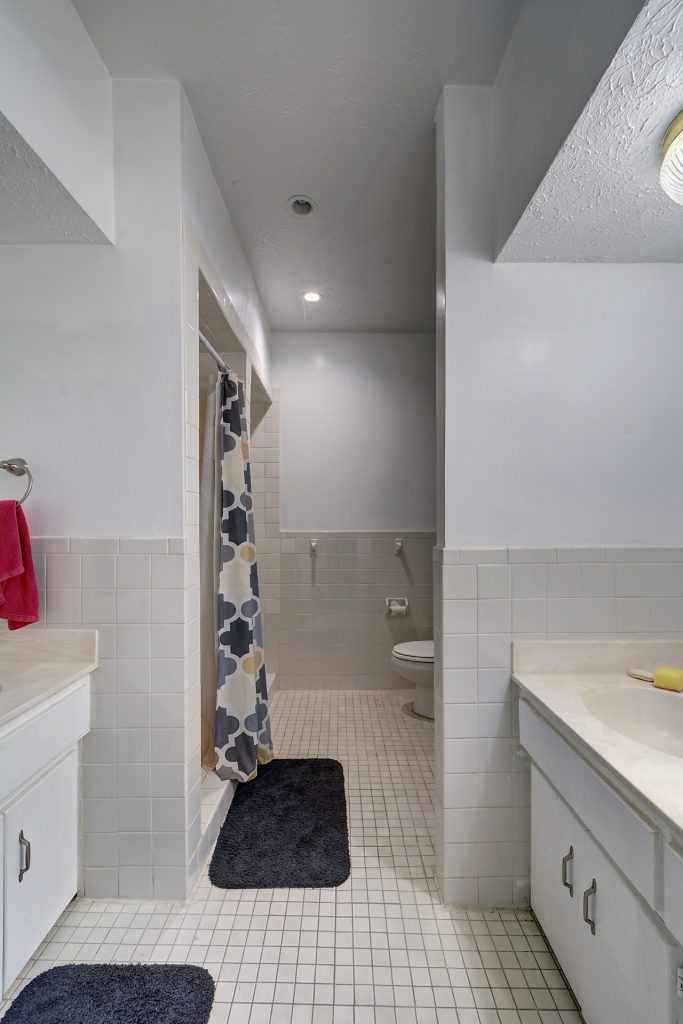 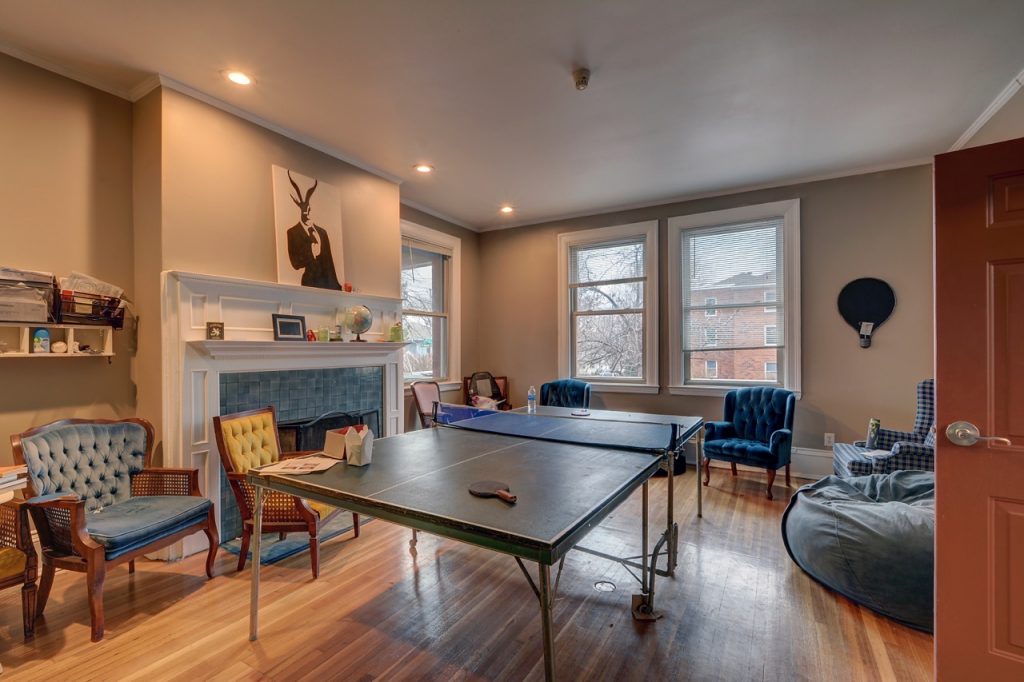 When I think of the life that 3100 Chicago has led, I feel like it has really come full-circle. It was built by a cracker entrepreneur, who sold it to a department store entrepreneur. Then a real estate entrepreneur lived there for years. Who knows how many fraternity brothers went on to foster businesses of their own after spending their college years there? And now it continues to foster a place for a new generation of businesspeople to find their success. Even though the physical look of the house has changed dramatically over the years, this common compelling thread of industry and business has persisted over its long life.